Many countries, one plant: United Kingdom 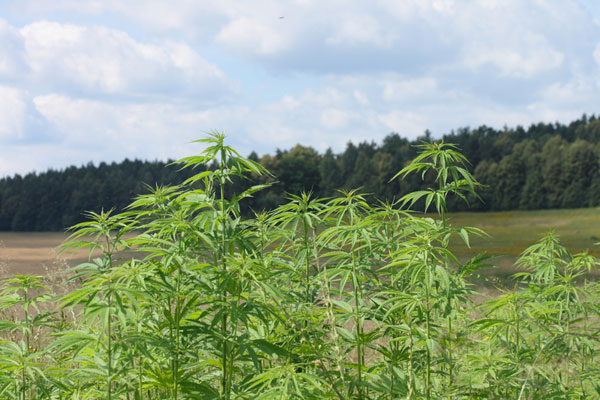 This article is the third in a series focused on the situation of the cannabis plant in different countries around the world. Working as a manager for Green House Seed Company I had the chance of travelling to quite a number of destinations worldwide, and after many years of experiencing firsthand the ups and downs of many places, it is with great pleasure and pride that I am sharing this information with all Canamo readers. This month we have a look at the

In the next months I will report on one more European country (Holland), as well as Africa (Malawi, South Africa, Swaziland and Mauritius), and some of the Caribbean islands (Jamaica, Antigua, St Lucia, Barbados & St. Vincent).

In the United Kingdom cannabis has a long history, dating back from the colonial time. Cannabis first became illegal in the UK on 28th September 1928, when the â€œ1925 Dangerous Drugs Actâ€ was introduced as law. There were no real domestic reasons, no lobbying for or against prohibition, and no government debates. The Act controlling â€œIndian Hemp and all resins and preparationsâ€ had been passed after Britain signed the 1925 Geneva International Convention on Narcotics Control, organised by the League of Nations, in a very quiet manner. Since then, Cannabis has been subject to a number of changes in the law, the most important of which happened in 2001-2002, when it was de-classified into â€œclass Câ€ drugs, at the same level as non-addictive medicines or anabolic drugs, carrying no jail sentences for possession of small quantities. But more recently, at the beginning of 2008, cannabis was re-classified into â€œclass Bâ€ drugs, back to a fully illegal status. Many growshop owners are expressing concerns about the possibility of cannabis seeds becoming illegal under the current anti-cannabis legislation wave.

Despite this troubled history, the UK population has a deep link with smoking pot. From London to Glasgow, from Cardiff to Belfast, smoking hashish and marijuana is a typical recreational activity for a good percentage of the active population. It is deep in the youth-culture, from songs to movies, and it has spread to all levels of society; the Rolling Stones and the Sex Pistols are considered icons of pot consumption, and the UK film industry has produced some of the finest cannabis movies of all times. This underlying acceptance that creeps under an apparently intolerant society affects the country in a very deep way. Proof is the fact that the UK is one of the few countries in the world to have an official government-supported medicinal cannabis program. This came to exist thanks to the work of Sir Geoffrey Guy, creator of GW Pharmaceuticals, a company that is listed on the London Stock Exchange and owner of legal patents on cannabis plants (the only one in the world). At their secret facilities, GW grows high-grade cannabis to be used for the production of cannabis-based medicines, with a license from the government. The company is not allowed to sell cannabis as a medicine, as it happens in Holland, but they can use cannabis extracts to prepare medications, such as tongue-spray, capsules and ointments.

In the past 10 years there have been also few attempts at opening Coffeeshops on the model of The Netherlands, but the authorities never allowed the realization of the concept into reality. After the first busts and seizures, nobody tried anymore. Looking at this contradictory history, it is easy to understand that the reality of the recreational cannabis scene in the UK is an underground one. The smugglers are focused on importing hashish from Morocco and from Asia, and weed from Holland. Most large scale UK indoor growing operations are controlled by gangs (Indians, Chinese, Vietnamese and Pakistani being the most active), while the hashish is smuggled mostly by Moroccan and English gangs active in the UK, Holland, Spain and Morocco. The growers for personal use are getting more and more hi-tech, thanks to the contacts with both Holland and the North American continent. Nowadays a large amount of weed is produced by gangs and criminal organizations that rent large upscale properties or warehouses and move at a fast pace, crop after crop, while the gaps left to satisfy market demand are filled by the imports. According to Independent Drug Monitoring Unit (www.idmu.co.uk), the most reliable UK-based statistical data provider, cannabis sales in the country amount to well over 3 billion Pounds per year. Growshops are present in every major city, and cannabis trade-shows are a well established reality. Seeds are legal to sell in the UK, but many are afraid this will change soon, as part of a general wave of tightening on drug laws. Nevertheless, every year hundreds of thousands of British cannabis-tourist cross the channel to visit Holland, making them between the most regular visitors to the Dutch Coffeeshops.

The climate in the UK does not encourage outdoor growing, so most of the operations are indoors or garden glasshouses. UK growers are very active online and there is a huge amount of grow information being exchanged over the internet on various forums. The most popular weed strain in the UK is the Cheese, an old Skunk phenotype, now present in various well known crosses as well. Most UK growers prefer to produce fast flowering indica strains, but there are niche-markets of connoisseurs that started growing sativas as well. A lot of commercial operations run on hydroponics to maximise yield, and many make use of hormones as well. The prices on the black market donâ€™t really differ by strain, what really makes the price is the quality of the bud, the smell and the resin. At the moment prices for weed in London range between 4 and 10 Pounds per gram depending on the quality, while hashish is stable around 5-7 Pounds per gram.

A great deal of UK growers are exchanging information, knowledge and equipment with their counterparts in The Netherlands, Spain, Australia, South Africa, USA and Canada, creating a truly global network of cannabis expertise.

In the last 4 years there has been a steep increase in small size grow operations to satisfy personal needs, and this is evident by looking at the constant increase in the number of growshops selling seeds and equipment, and by looking at the success of the numerous cannabis expos that are periodically organized in London and other locations. On the web, UK shops are between the most active worldwide, supplying genetics from Dutch, Spanish, Canadian and British seed banks to a worldwide clientele that keeps growing, in both senses of the term. In the UK more than anywhere else in Europe cannabis is a booming industry, one struggling to balance itself in its constantly evolving status between legality and illegality.

This content is copyright of Green House Seed Co. Â© Green House Seed Co. All rights reserved. Any redistribution or reproduction of part or all of the contents in any form is prohibited other than the following:You may not, except with our express written permission, distribute or commercially exploit the content. Nor may you transmit it or store it in any other website or other form of electronic retrieval system.

Report Article
Followers 0
Go to articles Many countries, one plant